When people talk about "acquiring herd immunity", what do they really mean?  In this context, is there a difference between natural and vaccine-acquired immunity?  Turns out that there is.  Not only is there a difference, but the benefits and detriments also vary depending on the type of disease.

There are several positive aspects to vaccine-acquired immunity as opposed to natural immunity.  These include less risk of severe side effects, duration and amount of exposure, and that some vaccines are more effective than natural immunity.

For one to acquire natural immunity, their body has to fight off an infection and develop antibodies for it so that the next time they encounter the disease, their immune response will be much quicker and more effective.  However, side effects may occur.  Several examples of side effects when acquiring natural immunity include potential pneumonia from chicken pox and pneumococcus, liver cancer from the hepatitis B virus, birth defects from rubella, intellectual disability from the Haemophilus virus, and with certain other diseases, death.

Finally, some vaccines including HPV, tetanus, and pneumococcal vaccine are more efficacious delivered as a vaccine than from natural immunity.  The HPV vaccine has a high purity of the specific protein, thereby making it more effective.  The tetanus vaccine is efficacious because the toxin that causes tetanus is so potent that a small amount of it is enough to cause the disease, but not to confirm long lasting immunity.  Finally, the pneumococcal vaccine links the polysaccharide on the surface of the pneumococcus that causes the disease, to a helper protein, producing a better immune response than what would occur with natural immunity.

Comparing the pros and cons of each type of immunity may suggest that vaccine acquired immunity is more safer and efficacious than natural immunity.  While natural immunity usually confers lifelong immunity, with vaccine-acquired immunity, one knows exactly what is going into their body, as well as when and how it works.  There is also less potential risk in certain cases when getting vaccines.  Yet, each person must make their own decisions, taking into account what's best for them when deciding on the type of immunity. 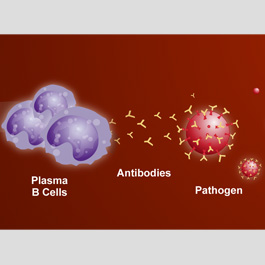