Vaccines and the Autism Myth

Vaccines do NOT cause autism

In 1998, a researcher by the name of Andrew Wakefield published a study stating that there was a correlation between the Measles, Mumps, and Rubella (MMR) vaccine and autism. Wakefield was found guilty of falsifying the data. There are no scientific studies that show this correlation. 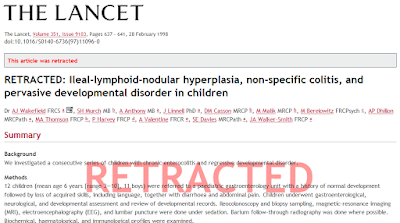 Autism Spectrum Disorder (ASD) is a developmental disability. This disability is characterized by an altered brain function and is exhibited through difficulties in social interactions, behavior patterns, and learning. Approximately 1 out of every 59 children is diagnosed with autism. However, this disorder is NOT caused by a vaccine or by any ingredients contained in vaccines.

There was a myth stating that thimerosal in vaccines caused autism but this is not the case. Thimerosal has been eliminated from childhood vaccines and is found in trace amounts in the flu vaccine. No other ingredients in vaccines have been linked to ASD either. 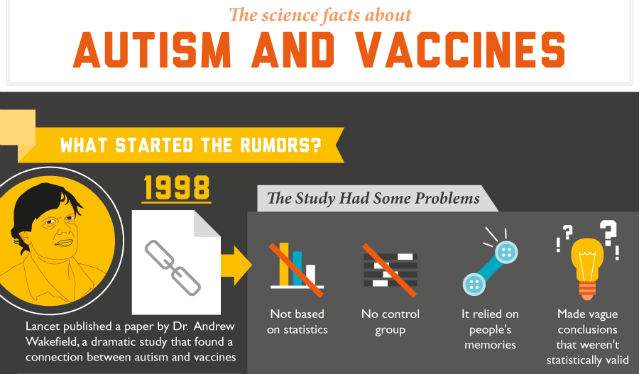