Diversity in science and medicine in the age of COVID-19: Instrumental to Public health 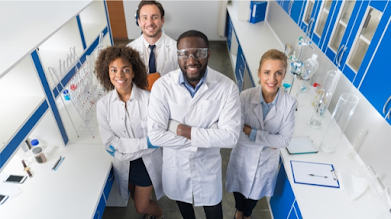 When I told my parents, I would be receiving the COVID-19 vaccine, they were concerned. Many rumors had been circulating about the dangers of the vaccine. “mRNA alters your DNA”, “the vaccine makes black people sterile” “it is dangerous”. These rumors were often accompanied by a sufficient dose of pseudoscience that made for a persuasive argument. So, despite the fact that my mom is a nurse and my dad has an MBA, the nature in which these rumors were presented was compelling enough to make them feel uneasy. Hesitancy to the COVID-19 vaccine has been widespread in many countries of the world. In the United States many are still uncertain about the safety and efficacy of the vaccine. However, as more people get vaccinated others are beginning to feel more comfortable with the idea of getting the COVID shot. Once I sent my parents some scientific articles and videos explaining how the mRNA vaccine works, they felt more at ease and have even gotten the vaccine too. Dismantling vaccine hesitancy can be complicated because there many different factors that drive it depending on the community involved. For some skepticism is driven by religious beliefs, for others it is a distrust of the relationship between capitalism and the medical establishment. Yet for others in minority communities the distrust of science and healthcare is built on a foundation of the cruel and exploitative deception of the past. Experiments such as the “Tuskegee study” which for 40 years deliberately withheld readily available treatment from black men as they died of syphilis in record numbers have become “go-to” tales of warning among some black people. Representation can play a role in rebuilding this broken trust. 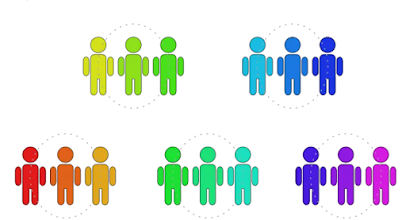 In April 2003 the human genome project which started back in 1990 was finally completed. The results challenged previously held societal consensus on race. Contrary to was previously assumed, the findings for example, suggested that I as an African American could have more in common genetically to someone of a different race than with another individual of my own race. It showed that biologically there is no uniform identity per se because of variation among individuals and even populations. In order words, we are all more alike than we are different, and our superficial appearances are just that – superficial. However, this hasn’t changed the interactions between the healthcare system and some racial minority groups. Implicit biases among health care providers towards racial minorities like African Americans still persist as does distrust from some minority groups towards receiving health care. Diversity and representation can be a useful tool in bridging this gap among African Americans. The fact that Dr. Kizzmekia Corbett a black Immunologist was a part of the team of scientists that designed the moderna mRNA vaccine for COVID-19 was reassuring for some people of color. Dr. Corbett did not stop there, she has since been a champion of dismantling vaccine hesitancy. Recently in February 2021 she spent time with black communities touting the benefits of the COVID-19 vaccine in churches and community gatherings. In a similar fashion, Sandra Lindsay a black nurse at the Long Island Jewish medical center in Queens, NY was the first person to receive the vaccine in the United States. The positive impact made when qualified members of a minority community not only talk about the benefits of vaccines but publicly demonstrate the efficacy and safety cannot be overstated. 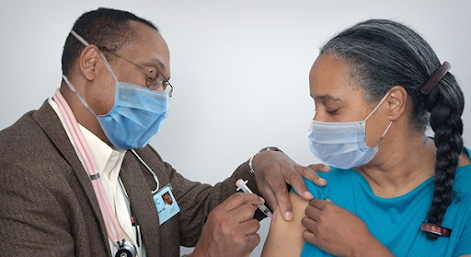 Many polls have shown that black people are more distrustful of medical scientists than the average American. However, a recent NPR/PBSNewsHour/Marist survey conducted in March 2021 showed very little difference in vaccine hesitancy between white and black Americans. It is safe to infer that the representation of black people in science might have contributed to bridging this gap. The benefits had when a population is represented within the science and healthcare system that serves it are evident and like many other things the pandemic has shown that.