Excitement for Johnson and Johnson's vaccine

The Johnson and Johnson's vaccine can be stored at a normal refrigeration temperature for as long as three months. Furthermore, Johnson and Johnson's vaccine has fewer side effects than other companies like Pfizer and Moderna. People are thrilled about that factor because they do not have to worry about missing work due to feeling ill. The FDA has asked for the vaccine to be distributed at large stadiums or vaccination sites that are run by Federal Emergency Management Agencies or only in pharmacies. The White House is allowing states to create their own plans for vaccine distribution similar to the Pfizer and Moderna rollout. 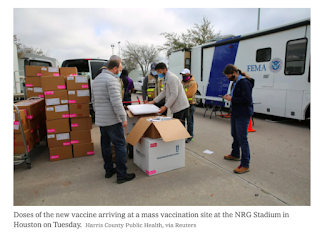 Some statistics about the current vaccine rollout go as follows the United States has given roughly 1.9 million doses of COVID-19 vaccines per day. Around 52 million people have received at least one dose and about 26 million people are fully vaccinated. The United States is behind several countries in getting the population vaccinated. In the future, there could be an implementation of a digital document that shows a person was vaccinated or tested for coronavirus.

During a trial of the Johnson and Johnson's vaccine shown from different parts of the world, it is seen that the vaccine showed 72% effectiveness at preventing a moderate to severe COVID 19 reaction. This was seen on a wide basis with symptoms that varied from fever and headache to shortness of breath and low oxygen levels. Researchers investigated the vaccine's protection against serious forms of illness and the effectiveness was 86%. 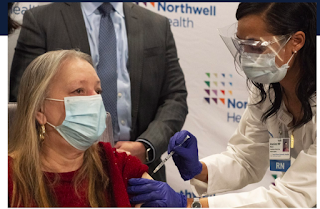 One and Done: Why People Are Eager for the Johnson & Johnson's Vaccine

How effective is the Johnson & Johnson vaccine?