Side Effects, Effectiveness, Misconceptions, and Safety of COVID-19 Vaccine

Ever since the first vaccine for COVID was accepted by the FDA and cleared for public use, there has been much controversy, misconceptions, and fear going around regarding the vaccine, what's in it, and the side effects.  While some of the rumors may be true, many of them are exaggerated and may unnecessarily spread misinformation. One such misconception is that the vaccine may make you sick.  This is not true- within a day or two after getting the shot, one may feel soreness, develop a headache, achiness, nausea, muscle and joint aches, among other common symptoms.  If taking a vaccine that has two doses, such as the Pfizer and Moderna vaccines, these symptoms are more pronounced after the second dose.  While some may worry that this is a bad sign and that the vaccine doesn't work, it's quite the opposite!  These symptoms mean that your body and immune system are building up immunity to the virus.  In addition, if one test positive for COVID shortly after receiving the vaccine, it is not due to the vaccine, rather, it is because that person was either infected with COVID right before receiving the vaccine, or, much less likely, is that the vaccine failed.

Another common myth that some may have heard about the vaccine is that health events, such as stroke, cancers, illnesses, and heart attacks that occur after the vaccine, are caused by the vaccine itself.  This also is not true- these conditions were likely present before the vaccination.  With thorough research being conducted on tens of thousands of subjects within the clinical trials, if this was an issue, it would have shown up in the data and made public information.   As of now, there are no such issues, and because of this, the vaccine is deemed safe for public use. 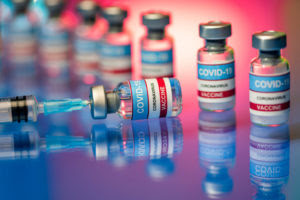 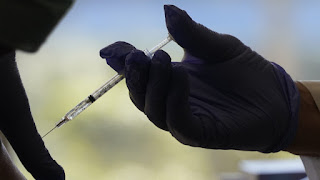 There are many factors that go into determining which vaccine one should get, or whether it is contraindicated in some cases.  However, many of the myths and misconceptions that some may be fearful of are really just that: myths.  To be fully educated, one must do their own research and look at both sides of the story to decide what is right for them.