The Johnson and Johnson Vaccine Pause

During the week of April 12th, The Center for Disease Control and Prevention (CDC) release a recommendation to pause use of the Johnson and Johnson vaccine to investigate a specific adverse event to the vaccine. Later in the month of April, the CDC recommended to resume using the vaccine, effective on April 23rd. 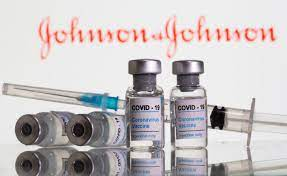 Why was there a pause in the use of the vaccine?
What did the CDC and the FDA aim to do?
What did they conclude after the investigation?
So what are the signs and symptoms of this rare event?
As of April 23, 2021, more than 8 million doses of the Johnson and Johnson vaccine had been given in the United States. Of these more than 8 million doses, experts reviewing safety reports have only found 15 women who developed this adverse event, so the event is a rare occurrence.
J&J Vaccine Update CDC
CDC and FDA Media Release Pause of J&J Vaccine
covid covid-19 COVID-19 vaccine johnson and johnson pause in vaccination vaccine